There is a lot of misinformation out there about coronavirus. We sort the facts from falsehoods.

George and Amal Clooney are lending a helping hand.

The Clooneys donated $250,000 each to the Motion Picture and Television home (where Clooney sits on the board of directors), the SAG-AFTRA FUND and Los Angeles Mayors Fund, according to Deadline, who first reported news of the generous contributions.

The Clooneys are the latest celebrities significantly pitching in – with their own wallets – when it comes to taking action to help others during the coronavirus pandemic.

Oprah Winfrey announced on social media last week that she’s committing $1 million to America’s Food Fund to “support those facing food insecurity.” She tweeted  she believes the fund will be “a powerful way to make a difference for our neighbors in need.”

Winfrey didn’t stop there. She said she’s donating even more to help those affected by COVID-19.

“I am donating $10 million overall to help Americans during this pandemic in cities across the country and in areas where I grew up,” she continued.

Coronavirus: Pink says she tested positive for coronavirus and is now negative, pledges $1M to crisis

Dolly Parton also pledged seven figures, announcing on April 1 that she is donating $1 million toward research efforts for a COVID-19 cure.

Kylie Jenner has been crowned by Forbes as the youngest self-made billionaire for the second year in a row.

The publication has released its annual ‘World’s Billionaire’ list, awarding her with the title once again. The beauty mogul first held the record last year, attracting tons of controversy around the term “self-made,” as people declared that she had risen due to a privileged background.

Forbes clarified that despite having a lot of help from her family members, “She didn’t inherit her business—she built it.”

Jenner sold 51-percent of her Kylie Cosmetics brand to Coty Inc. for US$600 million back in November 2019. Her deal was closed in January 2020, which means her business is now valued at US$1.2 billion. She still owns the remaining 49 percent stake.

“I didn’t expect anything. I did not foresee the future,” Jenner told Forbes in 2019. “But [the recognition] feels really good. That’s a nice pat on the back.”

Jenner has formed partnerships with numerous other notable brands, such as beauty company Ulta and Balmain, per Evening Standard. She also seemed to be proud of her billionaire status, unveiling a limited-edition ‘Birthday’ makeup collection for her 22nd birthday. The campaign imagery saw Jenner modeling outfits inspired by money notes,

Turns out, much like many people on TikTok while self-isolating, the kardashian-Jenner clan are also bored in the house and in the house bored.

This week, Kylie Jenner shared a few videos to her page on the platform while she and her family stay home to help prevent the spread of coronavirus. Fans of her family’s reality TV show, “Keeping Up with the kardashians,” will likely love one of the videos in particular.

In a scene with matriarch Kris Jenner, Kylie plays sister Kourtney kardashian opposite Kris’ Scott Disick in a recreation of a now-iconic fight between the two.

The fight between the former couple, seen below, involves Disick asking for kardashian to have boundaries about when they can talk business. Disick asks at one point, “So, are we cool? Like, are we in agreement?” To which kardashian says: “ABCDEFG I have to go.”

“What the heck does ABCDEFG mean?” asks Disick.

“It’s just a phrase I like to use,” explains kardashian, before laughing and saying: “That means the conversation is over.”

The moment has lived on long after the dissolution of the couple’s relationship and was given a rebirth of sorts on TikTok.

It seems it was only a matter of time before the sound bite, which has been on the pla

Earlier today, Forbes released their annual World’s Billionaires list and a familiar E! star has earned a spot once again.

For those who didn’t already guess, the 22-year-old Keeping Up With the kardashians star is the youngest self-made billionaire in the world for the second year in a row.

Kylie first made it onto the list in March 2019. And according to Forbes, she further cemented her spot last November when she agreed to sell 51% of her Kylie Cosmetics to beauty giant Coty Inc. for an impressive $600 million. The deal values her business at about $1.2 billion.

The businesswoman is one of just 2,095 people with a ten-digit fortune. Not too shabby, Kylie.

“I didn’t expect anything. I did not foresee the future,” Kylie previously told the publication. “But [the recognition] feels really good. That’s a nice pat on the back.”

Since receiving recognition from Forbes in 2019, Kylie has only expanded her businesses, which now include products at Ulta stores across the country. 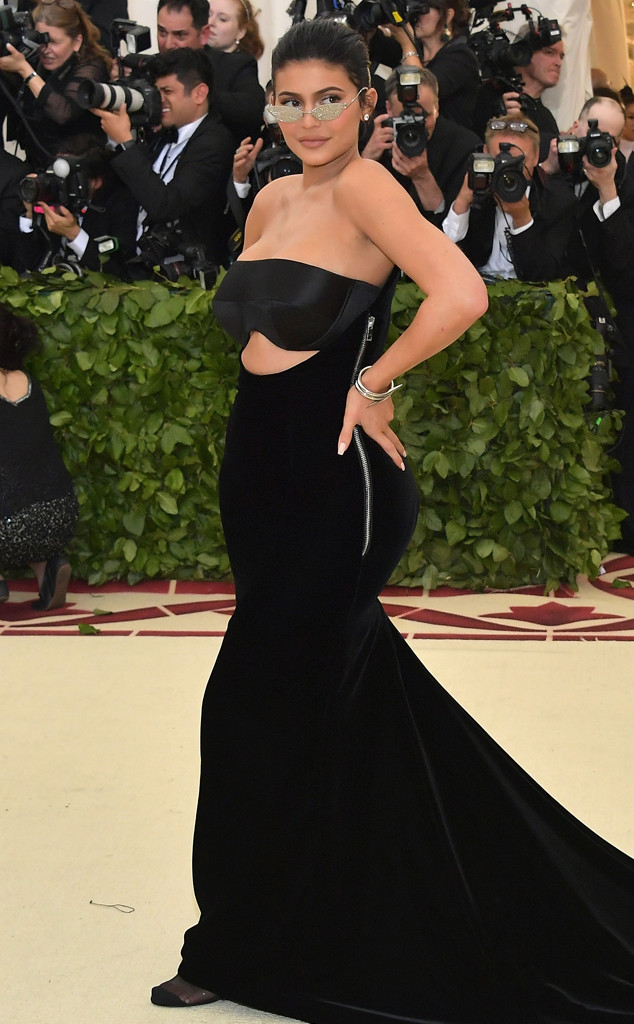 Of the 2,095 billionaires in the world, only ten are 30 or younger. Together, this precocious bunch is worth $15.9 billion. They span the globe, hailing from the U.S., Brazil, Germany, Hong Kong, Ireland and Norway.

Despite the global markets falling in response to the COVID-19 pandemic, three people under 30 made the list for the first time this year. Pedro de Godoy Bueno, age 29, inherited assets from his billionaire father, Edson de Godoy Bueno, who died in 2017. Pedro’s fortune rose in the past year to an estimated $1.1 billion as stock of Brazilian laboratory services firm Diagnósticos da América SA tripled. The second new entrant is Lisa Draexlmaier, age 29, who owns and is co-CEO (with her father Fritz) of the holding company for German auto parts maker Fritz Draexlmaier Co & KG. Elizabeth Furtwaenger, 28, is now worth $1.2 billion after her father Hubert Burda gave her a 37.4% stake in the family’s media empire.

Just three of this elite cohort are self-made billionaires: Snap cofounder CEO Evan Spiegel, John Collison of payments startup Stripe and, yes, makeup mogul Kylie Jenner. In November, she inked a deal to sell a 51% stake in Kylie Cosmetics to beauty giant Coty Inc. for $600 million. Jenner recently donated $1 million to Cedars-Sinai Medical Center in Los Angeles, the hospital where she gave birth to daughter Stormi in 2018, to buy personal protective equipment such as masks and face shields.

Collison, born and raised in Limerick, Ireland, but now living in San Francisco, is the richest billionaire under 30, with a fortune of $3.2 billion. The value of his stake in privately held Stripe has nearly tripled in the past two years thanks to three nine-figure funding rounds. The most recent, a $250 million Series G in September, put Stripe’s valuation at $35 billion.

The seven others under 30 all inherited their wealth. Jonathan Kwok, 28, first became a billionaire in his own right after his father, Hong Kong property mogul Walter Kwok, passed away in 2018. Alexandra Andresen, now 23, has been a billionaire since she was 19 thanks to her stake in Ferd, the Norwegian investment company her father still runs.

Here are the 10 youngest members of the 2020 Billionaires list, starting with the youngest. Net worths were calculated using stock prices and exchange rates from March 18, 2020:

The celebrity-turned-makeup-mogul is the world’s youngest self-made billionaire ever. In November, she inked a deal to sell a 51% stake in Kylie Cosmetics to beauty giant Coty Inc. for $600 million.

The Norwegian sisters each inherited 42% of the family-owned investment company Ferd in 2007. Their father Johan still runs Ferd and controls 70% of the voting rights via a dual-class share structure.

Witzoe owns nearly half of Salmar ASA, one of the world’s largest salmon producers, which is still run by his father. The Norwegian heir has dabbled in modeling as well as tech and real estate investing.

Kwok, along with his older brother Geoffrey, inherited their late father Walter Kwok’s stake in Sun Hung Kai Properties, Hong Kong’s largest developer, in 2018. Shares of Hong Kong-listed SHKP have declined nearly 18% since the coronavirus outbreak at the start of the year.

Stripe, the payments company founded by John and his older brother Patrick, raised $250 million from investors at a $35 billion valuation in September 2019. Jo

Jenner first made it onto the billionaires list in March 2019, then further cemented her spot in November, when she agreed to sell 51% of her Kylie Cosmetics to beauty giant Coty Inc. for $600 million. The deal, which closed in January, values her business at about $1.2 billion. Cash from the sale and her remaining 49% share of the company make Jenner one of just 2,095 people in the world with a ten-digit fortune.

“I didn’t expect anything. I did not foresee the future,” Jenner previously told Forbes. “But [the recognition] feels really good. That’s a nice pat on the back.”

She started her cosmetics empire in 2014, quickly turning her social media following into a dedicated customer base by using some $250,000 of modeling earnings to pay an outside company to produce Kylie-branded lip kits—$29 packages of lipstick with matching lip liner. The first batch of 15,000 lip kits sold out within the first minute. She soon expanded, releasing 500,000 kits in six shades a few months later.

The business ballooned, thanks to shrewd self-promotion and virtually non-existent overhead. Manufacturing, packaging, sales and fulfillment—all were handled by outside firms. Mom Kris Jenner managed the finances, and Kylie largely hawked the goods herself on social media. Jenner sold everything on her own website until late 2018, when she inked an exclusive distribution dea

On Tuesday, the famous mother-daughter duo made their TikTok debut with a series of fun-filled videos and even treated longtime Keeping Up With The kardashians fans to a nostalgic surprise.

Throwing it back to the early seasons, Kylie and Kris recreated an iconic exchange between Kourtney Kardashian and Scott Disick, where the POOSH founder introduced the world to the phrase, “ABCDEFG.”

Taking on the role of Scott, Kris kicked things off and mouthed along to the audio from the scene, “So, are we cool? Like, are we in agreement?” Following her lead, Kylie, who was portraying her older sister, responded, “ABCDEFG.” Putting on her ornate oversized sunglasses, she continued, “I have to go.”

Confused, Kris said, “What the heck does ‘ABCDEFG’ mean?” Kylie answered, “It’s just a phrase I like to use. It means the conversation is over.” Adding to the dramatics of the scene, the Kylie Cosmetics founder took a swig of Don Julio as the video ended.

For their next video, the pair recruited Corey Gamble and Kylie’s daughter Stormi Webster to help them pull off an epic “Pew Pew Pew” TikTok. 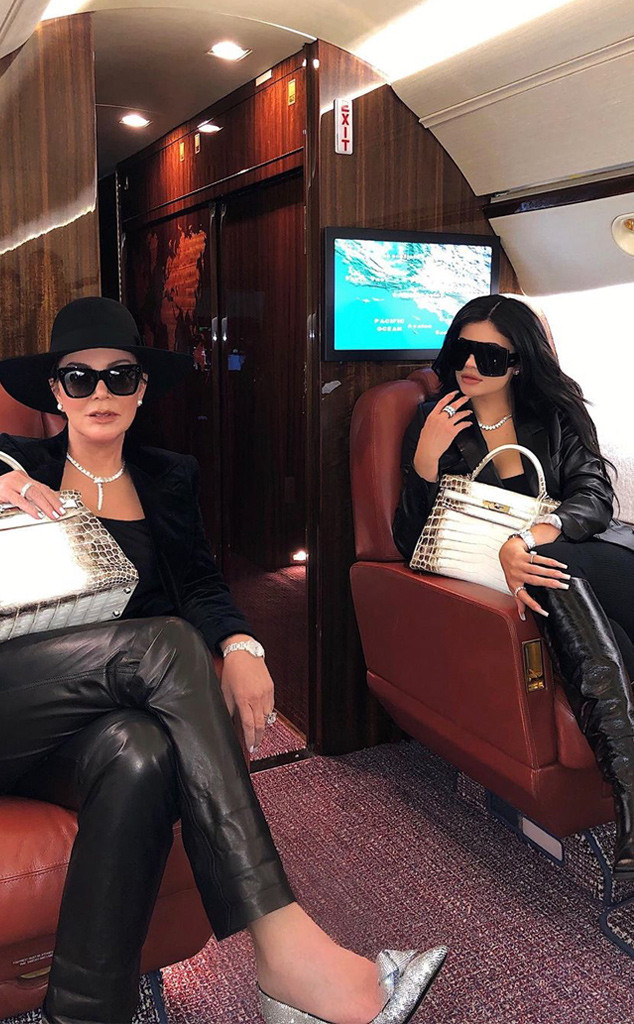